The year 2017 was a transformative one for Divide By Zero Technologies. Not only did our company grow in terms of size and product offerings but it also won accolades and appreciation from prestigious institutions. The month of December was a harbinger of good news for our company and we want to share our success with everyone who trusted us. We’re proud to announce that Divide By Zero has won the IPF Industrial Excellence Award 2017 in the special mention category.

In its second year, the Industrial Excellence Award is presented by Industrial Products Finder (IPF) – India’s largest circulated industrial magazine for the last 45 years! The ultimate motive of the award is to appreciate and acknowledge the fastest growing manufacturing companies as well the companies which manufacture products that meet the standards of Product Excellence.

The Industrial Excellence Award 2017 also has the support of some the biggest industrial technology institutions such as the Foundation of Infrastructure Research Studies Training (FIRST), Federation of Indian Micro and Small & Medium Enterprises (FISME), and the Indian Textile Accessories & Machinery Manufacturers’ Association, among others. In an event organised at the Bombay Stock Exchange, the award was received by Divide By Zero’s founding partners, Mr. Swapnil Sansare and Mrs. Neeti Sansare. At this momentous occasion, it was exciting to share a platform with some of the biggest industrial manufacturers of India. The awards ceremony was a hall full of experience, knowledge and potential and served as a platform for exchanging ideas and networking. For Divide By Zero Technologies, winning the prestigious IPF Industrial Excellence Awards is a great way of promoting our brand and product offerings on a nationwide scale.

Divide By Zero is doing some commendable work with innovations and making people take notice. For our commitment towards the automotive sector, Divide By Zero was awarded the prestigious 3D Printing World Award 2017 for being the 3D Printer Manufacturer of the year 2017. This awards recognizes excellence and pathbreaking contributions in the Automobile and Engineering and Tool Design. The award commended the AION 500 industrial-grade 3D printer’s forte in increasing assembly line efficiency and overall cost reduction in automotive engineering.

Apart from the 3D Printing World Award 2017, Divide By Zero’s AION 500 MK2 3D printer also bagged the prestigious Good Design award in the ‘Industrial Equipment Category’ at India Design Mark 2017 – an award is instituted by the India Design Council in cooperation with the Japan Institute of Design Promotion. The award is given to products after evaluating the design through a rigorous and systemized process against established, stringent criteria. 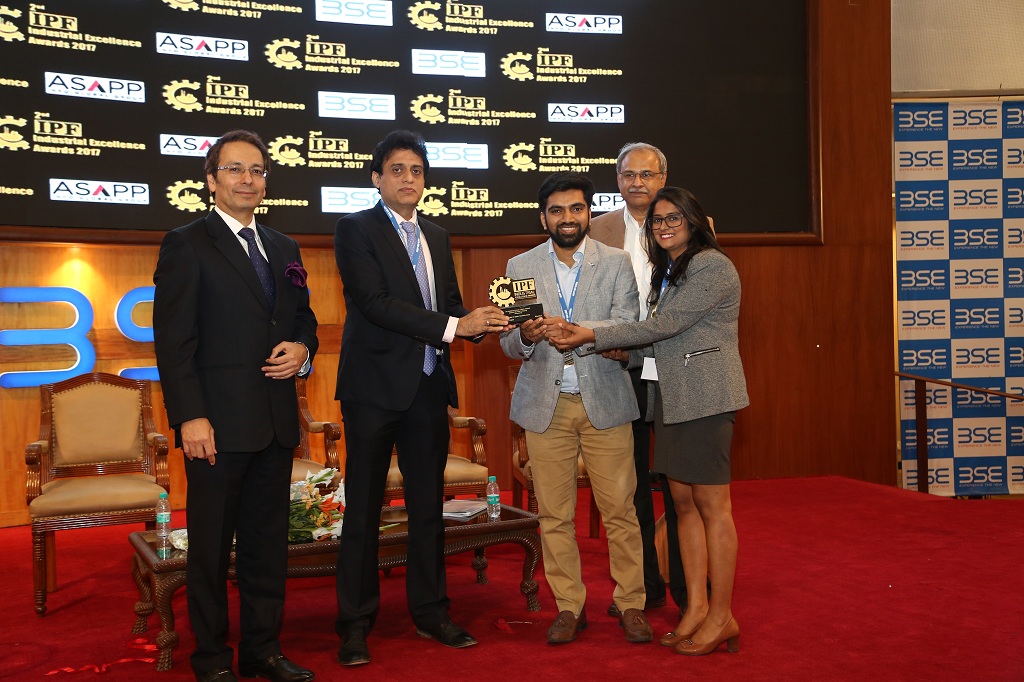 Receiving these awards, especially the ones instituted by prestigious institutions, is not only an industrial manufacturing company’s dream but also an impetus to push the boundaries of design harder. The awards are a great business tool as it helps our 3D printing solutions to be recognised as products that are well-designed, trustworthy, valuable, preferred by customers and manufactured responsibly. Divide By Zero is passionate and committed to making 3D printing technologies accessible to a myriad of new applications and users.

For Divide By Zero Technologies, the successes and challenges of the year serve as an  inspiration to push harder and transcend into a global space in 3D printing and additive manufacturing technologies. We would like to take this opportunity to thank all the award institutions for recognizing our talent, the customers for their inspiring trust in our products and our employees for their relentless hard work.